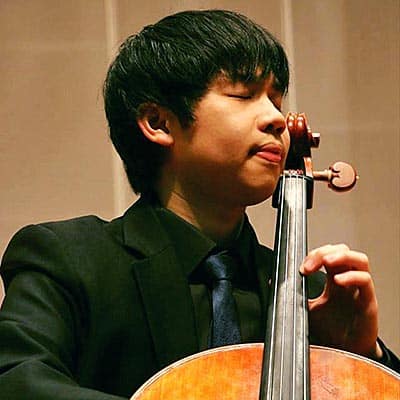 Cellist of the Hong Kong New Music Ensemble, Kai Hei Chor is one of the most active Hong Kong cellists in his generation.

He is frequently invited to perform at different music festivals and concerts all over the world, including many with the presence of the key government officials from different countries. He also appeared at major Hong Kong media, including South China Morning Post, RTHK and other major TV channels.

Kai Hei enjoys cooking, food hunting and watching football in his spare time. He is especially grateful to kind donors who support him with a 1854 Charles Adolphe Grand cello.

I am a firm believer of combining interest and passion together with a solid technical ground.

Lesson shall always be fun and encouraging, in which I design games and story-telling for the younger ones; and interesting conversation about philosophy/history etc. with the more advance ones. Through this students can understand the meaning of learning the musical instrument, and develop musicality and creativity.

Meanwhile, I strongly believe in systematical technique training. I teach each technical issue in a scientific and systematic manner, to ensure students’ solid technical ground.